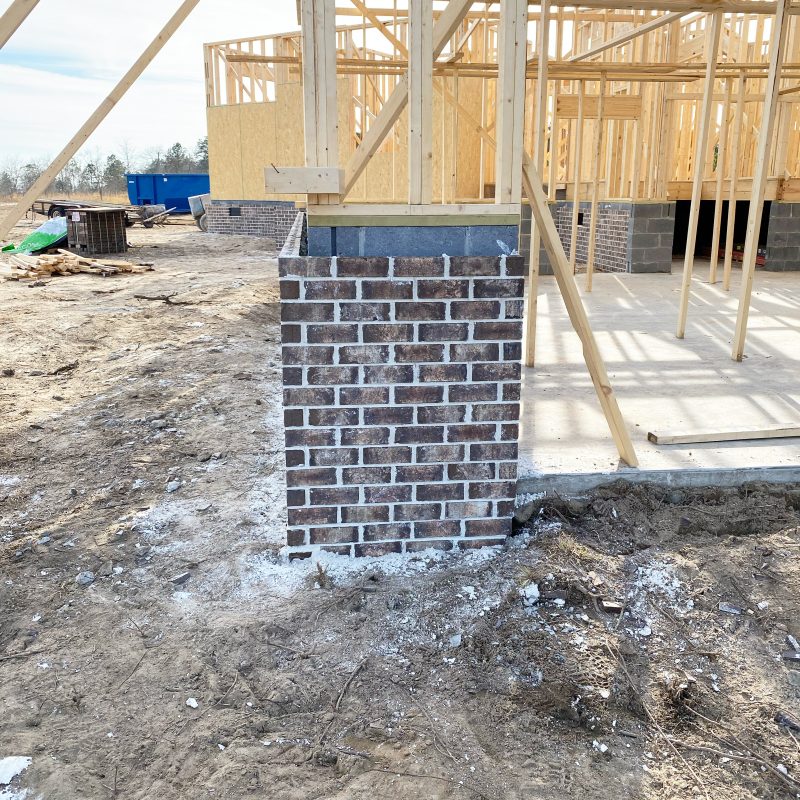 The brick masons worked on Saturday and got a lot done on the brick foundation wall. I was a happy camper except for the fact that I don’t like to camp. But I was happy.

If you’ve been keeping up with our empty-next modern farmhouse building process, you’ll know that it’s been raining every day in like, forever.

I’m often accused of being overly dramatic. OK – it’s been raining for weeks. I pinky swear. The framing guys haven’t worked a complete week since the new build started on December 7th. 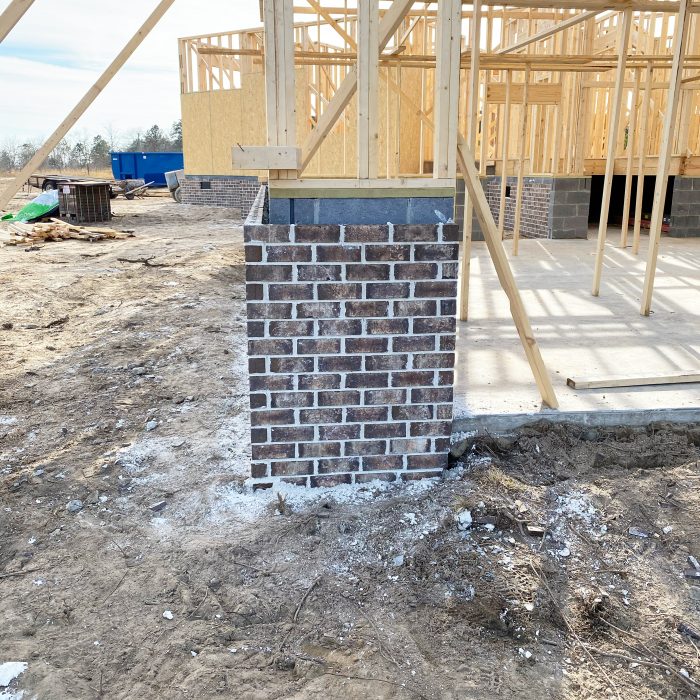 My entire family (almost) is addicted (well, that’s a strong word) to the TV show, Prodigal Son. I have to admit that sometimes the show is a little out there for me.

Anyway, I mention this because when we were having Sunday dinner last week, the discussion eventually turned to that show.

During the discussion, as I was lamenting on and on about how out there the show gets, my oldest daughter said, “You are Jessica Whitley. You are so her! You act just like her.” Bellamy Young plays the part of Jessica Whitley.

I didn’t know whether to be flattered (she’s gorgeous!) or insulted (she can be over-the-top). Bellamy was born in Asheville, North Carolina (she’s southern – like me) and also portrayed the president’s wife in Scandal and starred in lots of other shows plus Broadway.

And that’s not all, she’s a Yale graduate AND studied at Oxford University in England. I think I’ll take being called Jessica Whitley.

The (grown) kids also call me an uptown girl. It’s all in jest (I think) but there’s an element of truth in everything you say. 🙂

I just ignore them, love them and keep on keeping on. You can probably tell that we’re a very close family! We really are.

If you read Slab or Crawlspace Foundation, you know that my house plans originally called for a slab foundation. We (I) decided to go with a crawlspace and I explain why in the other post.

The foundation walls are actually concrete blocks, of course. The brick just fancies things up and makes it look good.

Saturday afternoon was a beautiful day and my husband and I went over to Woodside Haven (Yes, I named my new house) and we were pleasantly surprised to find that the brick masons had worked on Saturday.

They got a lot done (about 1/4 of the foundation wall) and will go back and put a rowlock on top of the brick.

The bricklayers actually started bricking up the foundation wall about midday on Friday. When we stopped by on Friday night, I was so relieved to see that the brick does look like the brick I picked out.

When it was stacked all around the house, it looked an ugly one-dimensional brown. I kept thinking that it wasn’t the brick I chose and it would have to go back.

The framer and everyone else assured me that it would look different with the white mortar and that I was seeing the back of the brick, not the front.

I Love The Brick Foundation

My framer is a smart guy! I’m in love with the brick foundation. It’s so pretty and I’m excited to see it around the entire house.

The photo below is from the back of the garage with a door leading to the backyard.

Our brick is called Woodstock. It’s queen-size and comes from Palmetto Brick Co.

The siding on my house will be James Hardie Board and Batten. I was going with the Hardie Board lap siding but my husband really likes the board and batten and it’s grown on me too.

Since he only asked for 4 things in the entire build, I’ll give him that one. Wink. Wink.

Have a beautiful, blessed week!

Alli loves her southern, country lifestyle. Whether she's decorating her new modern farmhouse or cooking up a storm for her family, Alli is all about living her best life now and spoiling her grandkids! She enjoys traveling, reading, Duke basketball, photography, and all things coastal. Alli wants to be a beach bum when she grows up.
80WebsiteRSS Feed 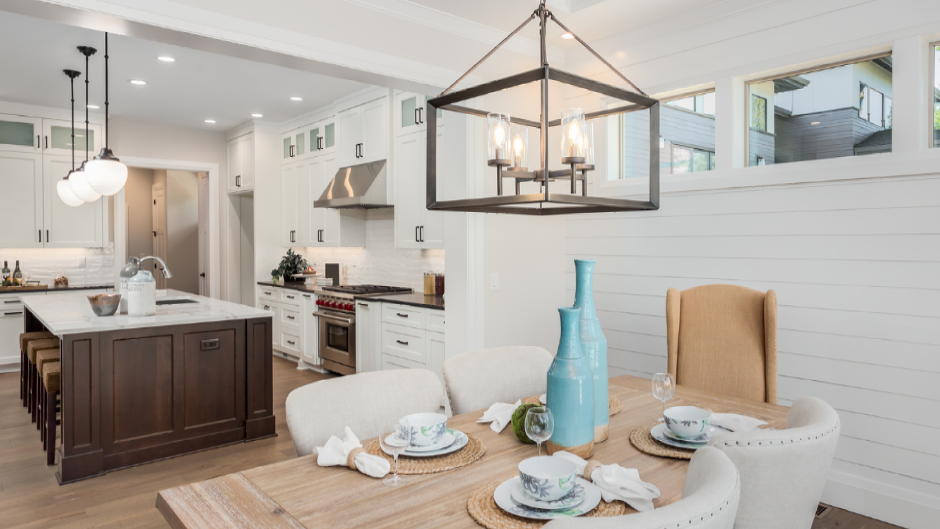